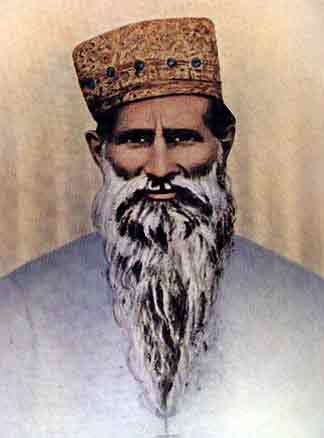 Soami Shiv Dyal Singh Ji mostly Known to Followers with name of Soami Ji Maharaj, His actual name was Seth Shiv Dayal Singh ji, He was born on August 25, 1818 in a Khatri family residing in Panni Gali,Agra, Uttar Pradesh, India,He is Considered to be the founder of Radha Soami faith,He was a follower of Sant Tulsi Das ji .Sant Tulsi Das initiated him at the age of 6 years,Soami ji was a teacher but he left his job for religious pursuits.

His father, Dilwali Singh, a banker by profession was a highly religious person. Deep religiosity became evident in Shiv Dayalji from early childhood and he started regular spiritual practice at the age of six. He spent most of his time in spiritual pursuits, often shutting himself up in a small room for days. At the age of five, he was sent to school where he learnt Hindi, Urdu, Persian and Gurumukhi. Later he acquired proficiency in Persian and wrote a book in that language. He also acquired a working knowledge of Arabic and Sanskrit. As a student he was generous and affectionate towards his fellow students and respectful to his teachers.

He was married at an early age to Naraini Devi, daughter of Izzat Rai of Faridabad. She was of generous disposition and was very devoted to her husband. He Practised Surat Shabad Yog for 15 years,he started doing Satsang on the spring festival.He did this for years.

His gracious and serene personality left a deep imprint upon many a learned man who became his ardent followers. On the request of his beloved disciple, Rai Saligram, he laid the foundation of the Radhasoami Satsang on Basant-Panchami day in January 1861. The Satsang grew rapidly and the number of devotees in his life-time rose to three thousand, which included men and women from all the major communities of India. For full seventeen years he presided over the Satsang meetings at his residence, Panni Gali, Agra

Then He departed from this world on June 15, 1878 in Agra, India.His successor was Baba Jaimal Singh, who taken the Radha Soami movement to Dera,Beas(Amritsar)